Matt Bauscher Awarded “Accomplished Under 40” by the Idaho Business Review 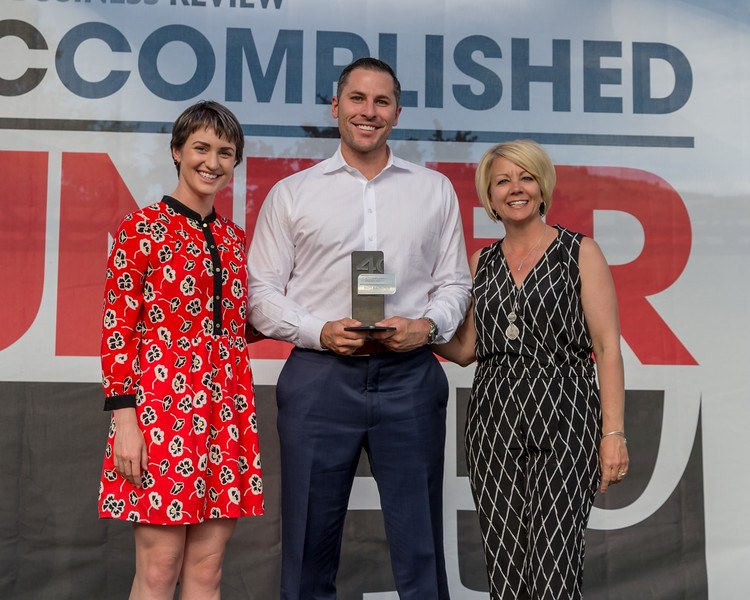 Hundreds of Idaho go-getters were nominated for Idaho Business Review‘s Accomplished Under 40 awards program, and more than 100 people applied for one of this year’s 40 spots.

Each applicant was rated from 1-5 in four categories: leadership, professional accomplishments, community support and vision/meeting goals. The judges, who were encouraged to use decimal points to discourage ties, doled out 18 perfect scores, but in some cases those were nullified as the numbers were added and averaged. The highest cumulative score was 19.3333. A score of 17.25 was the cutoff – no one in the top 40 scored lower.

“The candidates were all really well qualified and had amazing stories,” said Danae Klimes, vice president at Zions Bank in Twin Falls and a 2016 AU40 honoree.

Raina Delema, assistant vice president and branch manager II at the Sandpoint Branch of Washington Trust Bank, commented on the uniqueness of the presentations. “This year, there were several nominees that showed their personality in their applications,” she said. “It felt like I was having a conversation with them rather than poring through paperwork – which made the process really fun.” Delema hails from the AU40 class of 2015.

Mike Tankersly, another 2016 AU40 honoree and president of Signs 2 U, called the experience “very rewarding,” and “inspiring.” The pool of applicants was diverse, well represented and “most importantly, well accomplished in our community,” he said, adding, “I know the chosen few are the best in the class this year.”