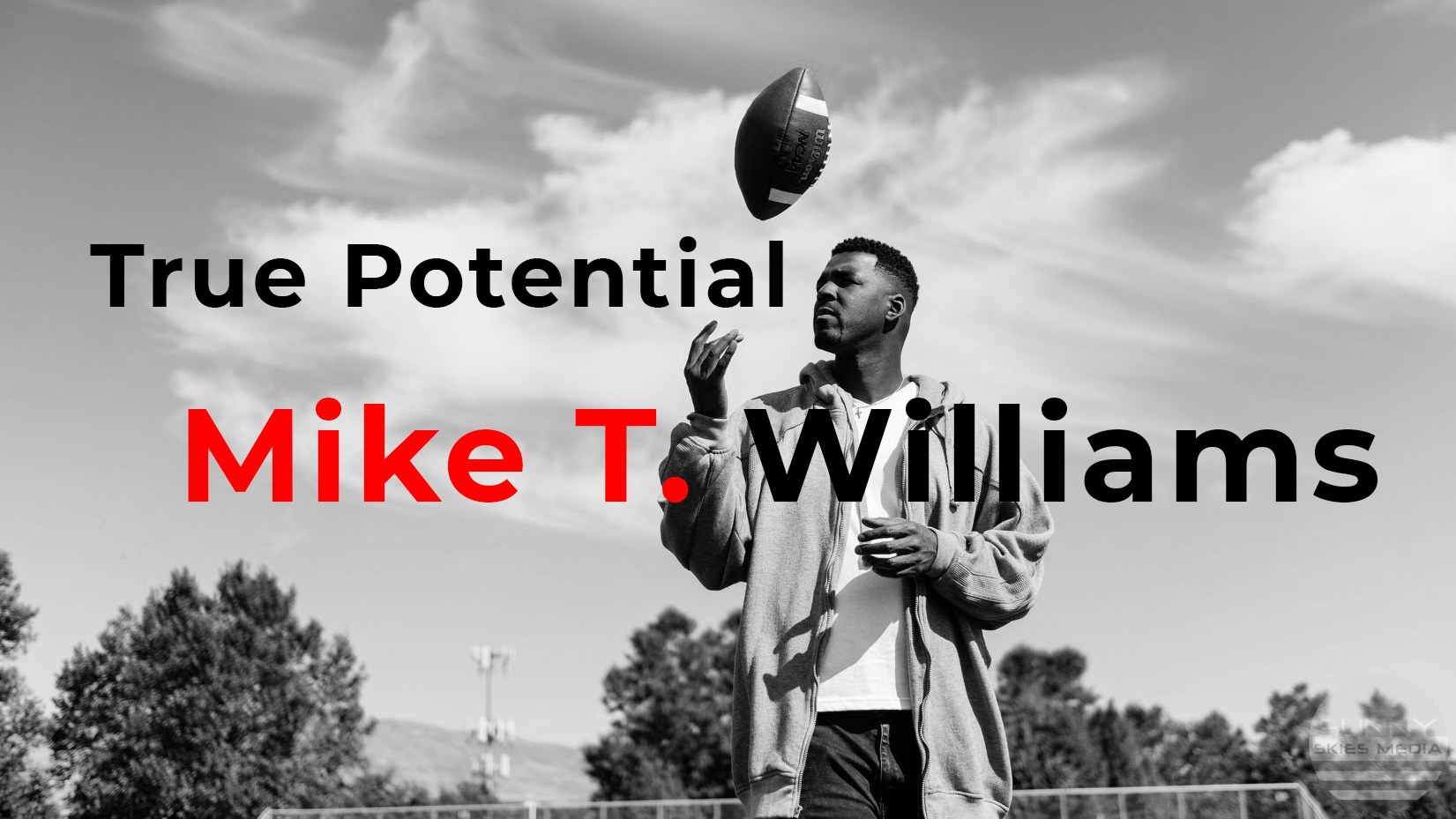 Mike Williams, or as he demands to be addressed, “Mike T”, is a case study in Perseverance. He is one of the best humans you will ever meet. He has an infectious personality that will always alert you to its presence, and when Mike laughs, everyone laughs.  Mike has a huge heart for giving and supporting the people in his life. He is always available to answer questions of those who ask, and he can frequently be spotted helping his fellow agents get through tough spots.

I’m lucky. I was good at football. It was a football scholarship that took me from Sacramento to Boise state. It was the beginning of who I would become and it was a teammate of mine who would show me my true potential.

Although he has kept laughing, His road in the Boise real estate world has not always been a laughing matter. Mike, like so many of us, has faced incredible challenges the past four years as he has started his journey into what will no doubt be a tremendously successful and decorated career as a Realtor®.  With the help of his friends, colleagues, and supportive team at Amherst Madison Mike T has gone from a new agent with zero sales experience, to a top producer, in four short years. Years that were marked with struggle in both his personal and professional life. Mike has stood out to all of us at Amherst Madison as an example of what you can do with hard work, mentorship, business development support, and always keeping a smile on your face.

My mom encouraged me to get into real estate. I never gave it any consideration until I had a conversation with my old friend Nick. I mentioned to him that I thought about being an appraiser, but Nick steered me to being an agent.

Mike’s first year in real estate was not easy. He spent a lot of time, as we all do, adjusting to the demands of a sales profession that places a premium on relationship building and getting outside of your comfort zone.  As anyone who has made the transition from another job to full time Realtor® will tell you, it is not an easy road. Mike had never sold before or been in a position to ask for the business, so it was all new to him and much different than tending bar. In addition the terminology and calculations used in our industry were like a foreign language to Mike.  The good news is that Mike dug in with a strong work ethic and began to sponge-up the knowledge offered to him through the Amherst Madison Mentorship Program. Mike also benefited from ELEVATE, a comprehensive training system built and used by Amherst Madison which teaches our agents how to create a profitable, scalable, sustainable business.  Because of the people around him, and his own determination, Mike was able to get his feet under him and close out a respectable rookie year sales volume of $1,262,290, helping six clients get into their home!

In Mike’s second year, things begin to click. He begins to get more comfortable and confident with practicing his newly-acquired sales skills from his work in the Amherst Madison business development systems as well as his hands-on work with clients. In his second year, Mike is able to help seventeen clients with their real estate goals and closes escrow on over $3.4M in sales volume. This is nearly triple what he did his first year.  Mike earns a six-figure GCI and begins to see the bigger future that real estate has for him, his life, and the lives of his family members.

Mike hit a wall in 2016 that would carry through to 2017 and change him for the rest of his life. In the same year that his first child was born, his beloved mother passed away from Cancer.  The most important person in his life has been taken from him, just as he brings another life into the world. As a result, there was nobody at home in Sacramento to take care of Mike’s younger brother. So, he moved him up to Boise and became his legal guardian. Considering that Mike only recently had his first child, this was a monumental undertaking. As with all of his other challenges, even though he felt like quitting, he never broke. He never ran. He took it on, one day at a time, supported as best as they were able by his teammates and colleagues at Amherst Madison.

Astonishingly, in a business where your personal emotions and your overall energy tend to dictate your ability to influence others (and create sales), Mike was able to increase his production year over year. He closed a combined 40 transactions and nearly $10M in real estate during this two year span of great challenge. His success as a Realtor® put him in the position to buy his first home. A home that was much needed for what had become a family of 4 in just 12 short months.

They stepped in and maintain relationships with my clients. Their support and their positive mindset continued to carry me through the process of adopting my younger brother after my sweet mother passed away. It’s what you do for family.

In his first four years, Mike had closed $15M in real estate sales and helped over 60 clients buy or sell their property. The light bulb had turned on for him that this profession could alter the course of his entire life. Indeed, it already had. Coming off the loss of his mother and the additional responsibility of his new family, Mike was eager to see how he could improve. He dug in, made a plan, and hired a personal coach from Amherst Madison. The result of their work together was extremely impressive. Mike was forced to face up to some life-long fears and self-limiting beliefs. He overcame many of them and made progress on all facets of his business, which he was now treating like a business to a greater extent than ever before. In 2018 Mike helped nearly 40 clients with their real estate transaction and closed escrow on just shy of $10M in transaction volume.  He generated a GCI of nearly $300,000 with his net income placing him in the top 5% of all US earners.

In addition to financial independence, my time at Amherst Madison taught me how powerful my thoughts of my own mind can be. This knowledge has taught me how to set, visualize and conquer my goals.

Today Mike is well-positioned to become one of the most productive and respected Realtors® in the Treasure Valley. To learn more about how to join our team and begin a fulfilling career in real estate with Amherst Madison click below to proceed.