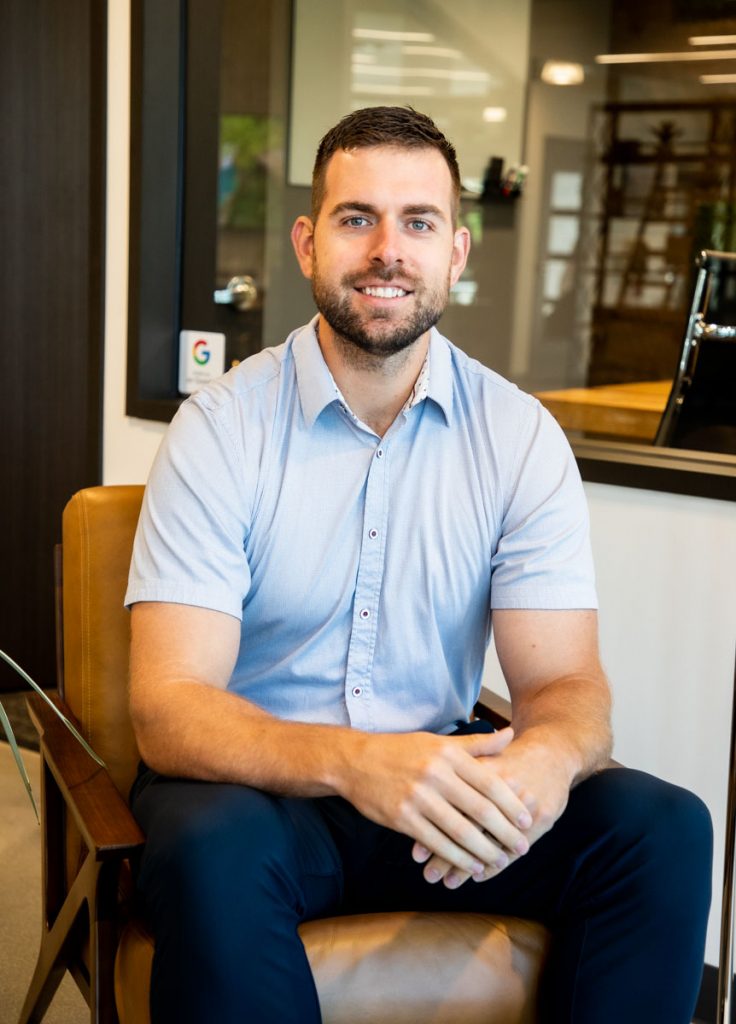 "I have nothing to complain about - pressure is a privilege."

The successful introverted businessman. How do we get to know one? They are mysterious, they don’t seek praise in their accomplishments, they keep to themselves for majority, but they have something special we know we want to get the inside scoop on. They know the daily grind comes with a benefit that not everyone will understand, and they just keep after it. You can feel it when they walk by; it’s in the way they keep their head down and tackle business like each step is a “make it or break it” mentality.

Tyler Horn exudes this title and mentality. He thrives on it, knowing that his family depends on him. His self-effacing response to his success is one I full heartedly admire,

“I’ve been blessed. Especially in the past three years. With my wife not working, and our two little kids, failure wasn’t an option for me. Not closing deals; not putting food on the table – it isn’t an option. When your back is up against the wall, you go out and make stuff happen.”

He attributes “consistency” as his driving force to make it all come together and lightly admits his mind obsesses over it at times. 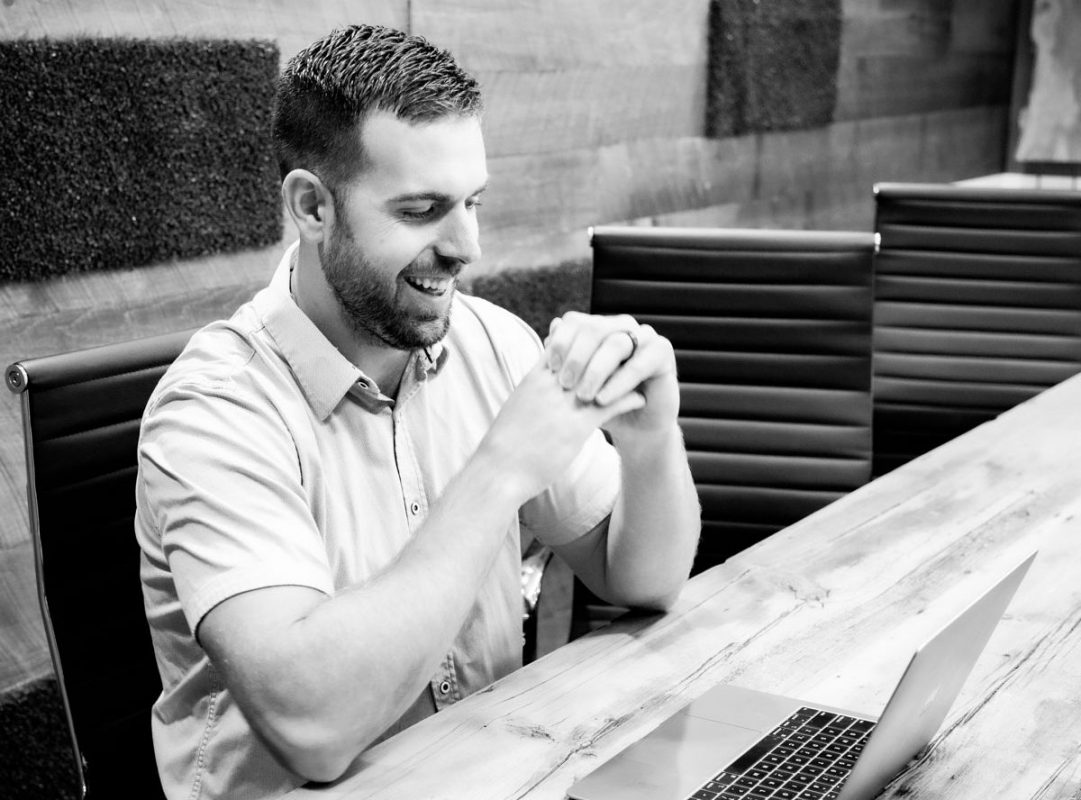 Why was Amherst Madison the right fit for Tyler? With his background in football for Boise State University, he had a mindset that already focused on standards. He saw Amherst upholding a higher standard in the real estate industry, and he wanted to be a part of it. The marketing and overall environment were selling points for him to join. He saw the way agents were pushed out of their comfort zones, and it comforted him to be back on a team like that.

When you meet someone like Tyler, you think - this guy has the secret to success! But what is it? He is quiet, he is humble, and he has a subtle comedic response that you might miss if you aren’t listening closely. It’s one of my favorite things I notice when I finally get to have a one-on-one discussion with him. Tyler doesn’t demand anyone’s attention, but you find yourself wanting to pay attention when he speaks. You catch yourself laughing unexpectedly at his witty sense of humor that he slyly inserts mid conversation.

Tyler’s outlook is uncontaminated. He finds the positive spin that helps him pivot towards a solution rather than wallowing in a problem. When we approach the dooming subject of COVID and how the pandemic affected his life and business, he remains steady in his answer.

“I was mainly representing buyers. Had some really long days showing houses and writing offers. Days where I would leave the house before my kids got up, and I was coming home after they were asleep. I have nothing to complain about – pressure is a privilege. I of course want time with my family, but I also want my kids and my wife to see me working hard to provide for them. COVID was weird but it was good, obviously not the sickness part, but overall good for my family after all of the craziness.” 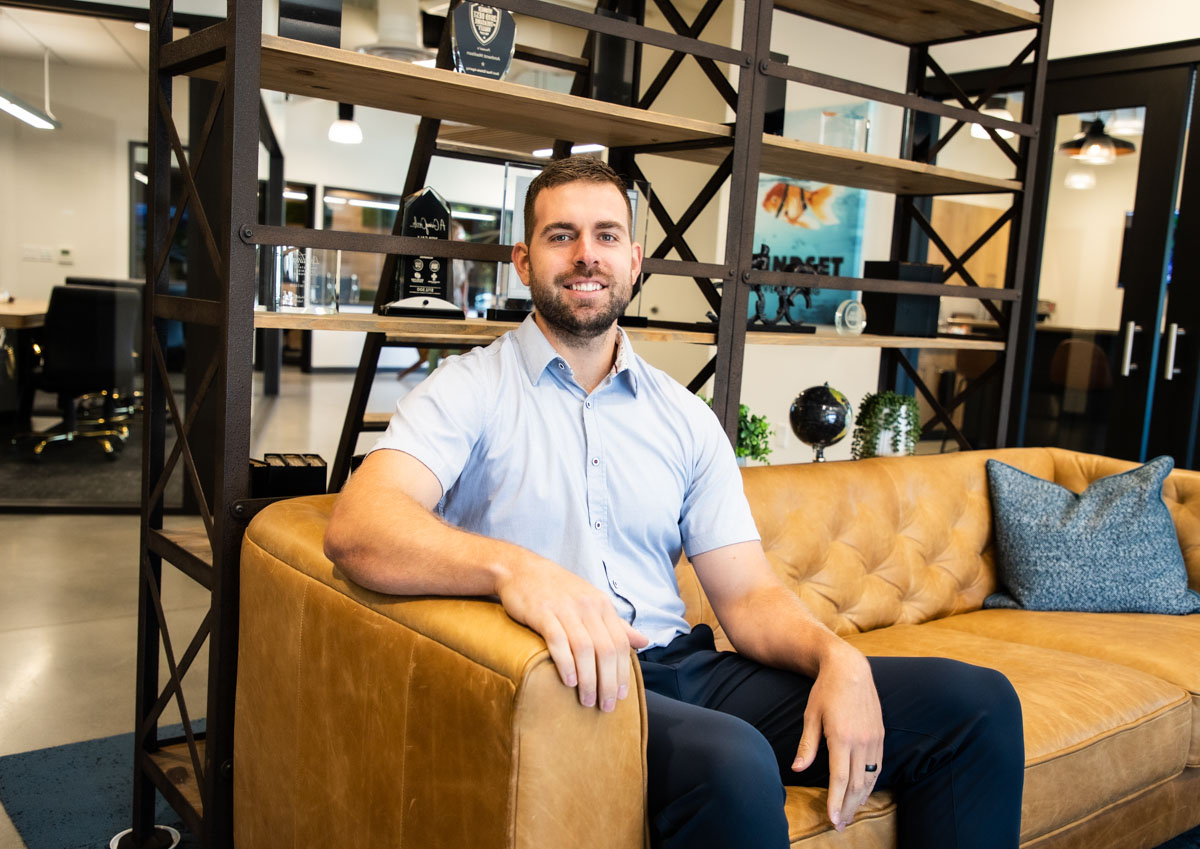 His ultimate goal in real estate is to continue to explore different avenues of buying and selling. He wants to be successful in order to create more time for his family. He would love to find himself on a soccer field, coaching his kid’s games. It’s the best part of his career that keeps him moving forward in it; building relationships with great people that he never would have met otherwise (introverts know). The room erupts in laughter after I question his least favorite part of a transaction as he denies having a least favorite part before quickly adding,

He addresses the fact that the most difficult experience he has encountered in real estate was,

“Just getting started. Building momentum, and then maintaining it. I have never quit anything and felt good about it, so persevering through the rough patch just ends up contributing to the next step of scaling business.”

He also reflects on some advice he received from fellow agents at Amherst in the beginning that have stuck with him. Recalling that Matt Weston reminded him one day that he wasn’t just selling real estate and to jump in and really be a part of it. Matt Bauscher had told him he would rather go 17 for 30 over 8 for 10 with his closest family and friends; pinpointing to “just shoot your shot, just go for it.”

When we wrap up his interview, Tyler saves his best credit for last. One of his biggest supporters, Tifni Pennecard, who he will always hold a special place in his heart for. He smiles at her from across the room with appreciation,

“We did a transaction where I represented buyers in Legacy. Tifni text me: “You’re killin it!” I replied that I was trying to be more like her. She said, “No, just be you. Be genuine. Be authentic.” I took that advice and ran with it, probably too hard at times but I realized that I can’t be a Katie McFerrin, I don’t have style. I can’t be a Jeff Wills, or Mike T. Williams, or a Matt Weston. I can only be me and see where the chips fall.”