Humble Development | The Will Anderson Story 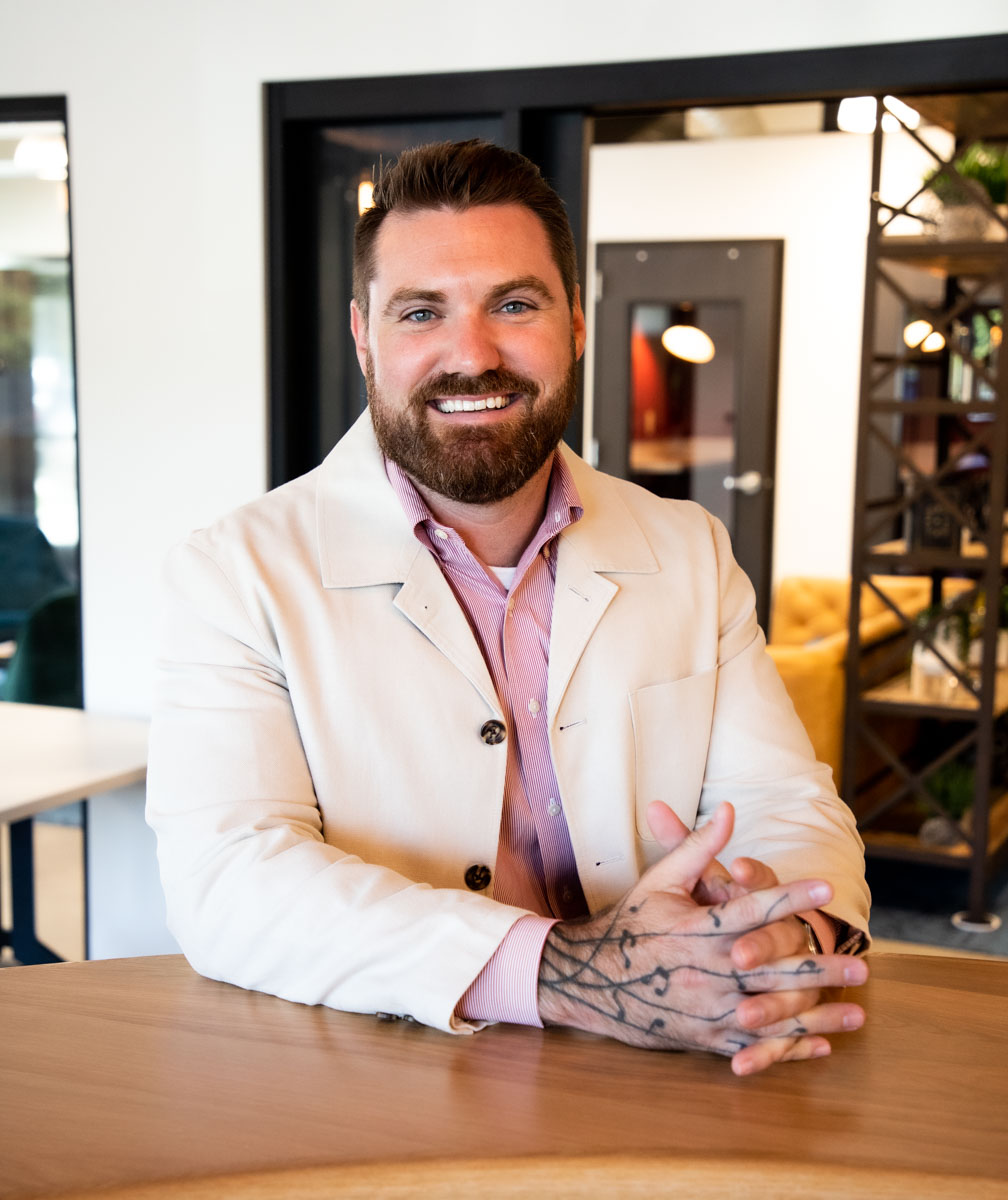 “Being coachable requires a tremendous amount of humility because you can’t learn something if you think you know it all.”

I think back to the day we were told Amherst Madison was hiring for a Vice President of Operations. There was a fleeting sinking feeling mixed with hopefulness as I contemplated what this new leader in our organization would be like. That initial flutter of fear settling in about whether we would all clique well and whether or not their expectations of our different departments would drastically change our workflow. I was nervous…until the moment I met him. Will Anderson exuded strength with a soft smile; he was sturdy with a quiet confidence, and he had a peaceful nature about him that filled the room - leaving space for me to be myself. I stood to shake his hand, and I was met with a feeling of relief when I returned to my seat. I was excited to work with him; I envisioned an incredible opportunity to learn in his presence.

My first impression of Will was lasting. He quickly became my go to for project questions, and advice in areas that I felt were a weakness of mine. Staff was ecstatic to have him on our team, and we all joked that he was going to be our new “life coach” as we made quarterly goals with him. His positive impact on the brokerage was immediate. Where had he come from? His history was rather intriguing,

“My journey into real estate was a very curious one. I probably started out ‘never voted most likely to succeed in anything’ because I barely finished high school. I grew up in a 900 square foot house in New Plymouth. I had some peers who got mixed up in an unhealthy life path. I was close to following them down that same path. Thankfully I made it to my high school graduation and decided to join the Air Force, serving a total of 11 years. By the end of my military career, I was working in Aeronautical Fabrication Operations. I was at a crossroad with my values and the way I was making money. I've always wanted to be a really good dad and a really good husband. I was gone a lot and I really just wanted to be there, but I didn't know what that looked like. I chose to leave the military because I wanted to prioritize my family and give them more of my time. The reason I got my real estate license was because a good friend of mine was a high producer in real estate, and he was a mentor of mine. He said, well, if you get your real estate license, I'll try to make sure you don't go broke. And I was like, OK, well, that's a good start. That's actually how I got my real estate license.” 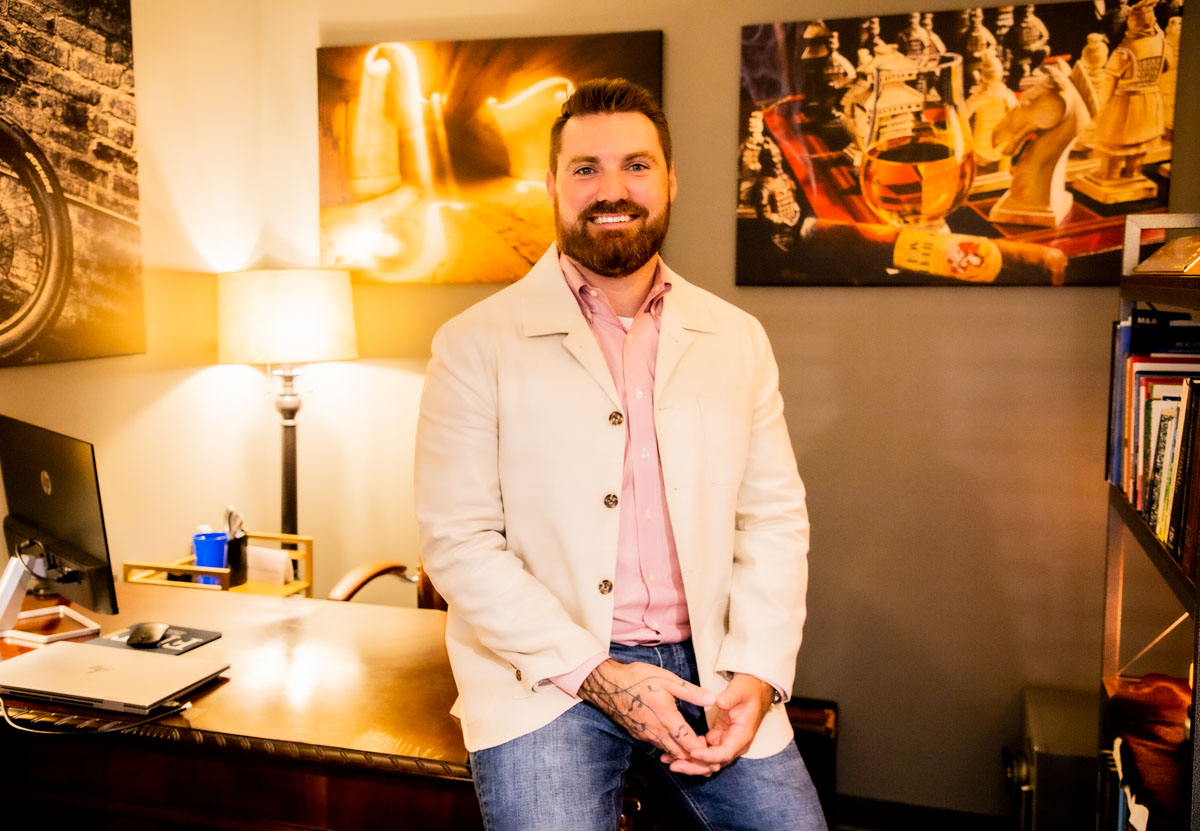 Transitioning from the military into real estate was quite the change for him and his family. There were multiple obstacles he encountered in the process, but he attests to the biggest one being in his first year,

“There were not a lot of transferable skills, so there was a lot of pressure considering I am the sole provider for my family. The hardest bit for me, was the first six months of literally asking my wife (twice a week) to go donate plasma and do the things that we didn't want to do, to buy groceries. That was hard. I hated it. It was something I didn't want anybody to know about. It was the gritty part that says, OK, this is what you committed to. Now, what are you actually willing to do to make that happen? Knowing that if I was going to earn my wife's respect back as a leader of my family, I had to stick through it. I had to show up. I had to stay committed to my new career path.”

He proved that he was more than committed. He took leaps and bounds within the industry as he continued to learn and develop his skillset on multiple levels.

His journey in real estate was continuously evolving with his thirst for advancement, surpassing where he originally thought it would lead. He recalls the moment that he was introduced into coaching and professional development,

“I will never forget that day. I was in church because my wife dragged me there for some holiday. During the beginning where you introduce yourself to people around you, I was thinking - this is a waste of time. Like, I do not want to do this, but my wife loves it. I get a tap on my shoulder and a guy asked me about my cufflinks I was wearing at the time. We got to chatting and he had just moved down here from Alaska. Afterwards my wife was like, you should be his friend because he’s new and he doesn't have friends here. I'm like, oh, great, that's what I'll do, be his friend haha. But then we actually went to lunch with him, and I found out that he was one of the top producing agents in Alaska. He had a wildly successful real estate company while running several different business ventures. He was only a year older than me, had barely finished high school, and had grown up with a blue-collar family. I thought to myself, how the hell am I in the military, working my tail off, not making enough money, not getting to spend time with my family, and not being able to prioritize my values? Then there was this guy who was raised very similar to me and was able to have all of this success. He said something to me during that lunch which really resonated with me; show me your coach and I'll show you your future. If you don't have a coach, then you're living your future.” 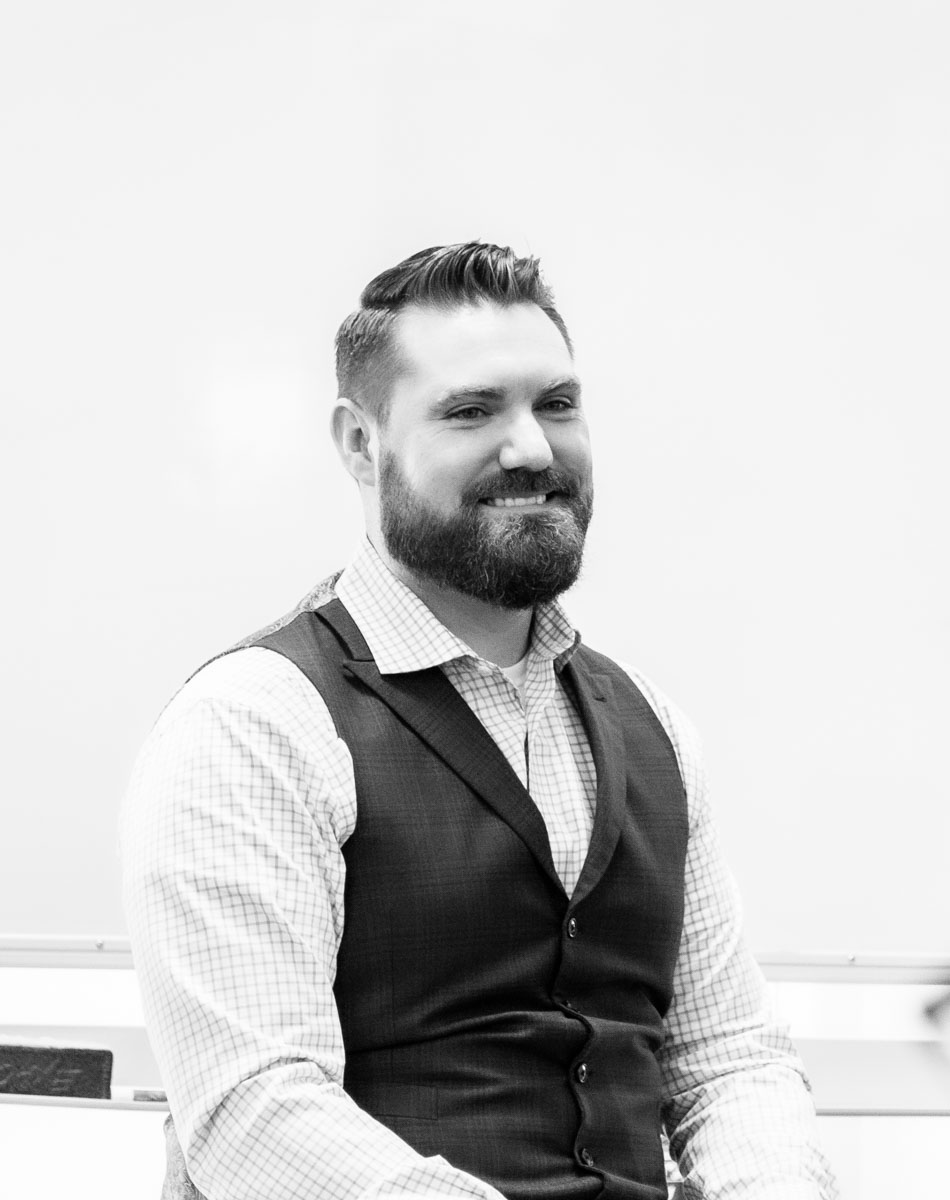 He began to develop a true passion for coaching, and it was all sparked by this random interaction through networking. He saw the power in meeting with others and being open to new conversations. His perception had changed, and it opened new doors for his family and their future. Amherst Madison provided a new foundation to build on. He came here to help strengthen our team, provide more structure, and push us to be the best version of ourselves with short-term and long-term goals in mind. Will coaches from a deep place of understanding, compassion, and a desire to lift others up – helping them take successful steps leading into their future of personal and professional development.

Amherst Madison was the perfect opportunity to challenge himself in a new role that implemented his desire for coaching others. When Will teaches, he always reflects. I ask him to tell us a story about someone that was hard to coach, and his answer was as humble as he always is,

“Honestly the hardest person I've ever coached or interacted with - is me. That's the dead honest truth. You'll hear all the time that the hardest person to lead is yourself. I would say that I was a very easy reference of what not to be in a coach, especially in early management and early leadership. There was a lot of getting out of my own way I had to do. Nick and I were talking about this just yesterday. I think it's so important that you have a board of advisors in your life that are more experienced, know more, see more and have been down a couple of paths that know your values, know your ambitions, and know where you're coming from. They help guide you.” 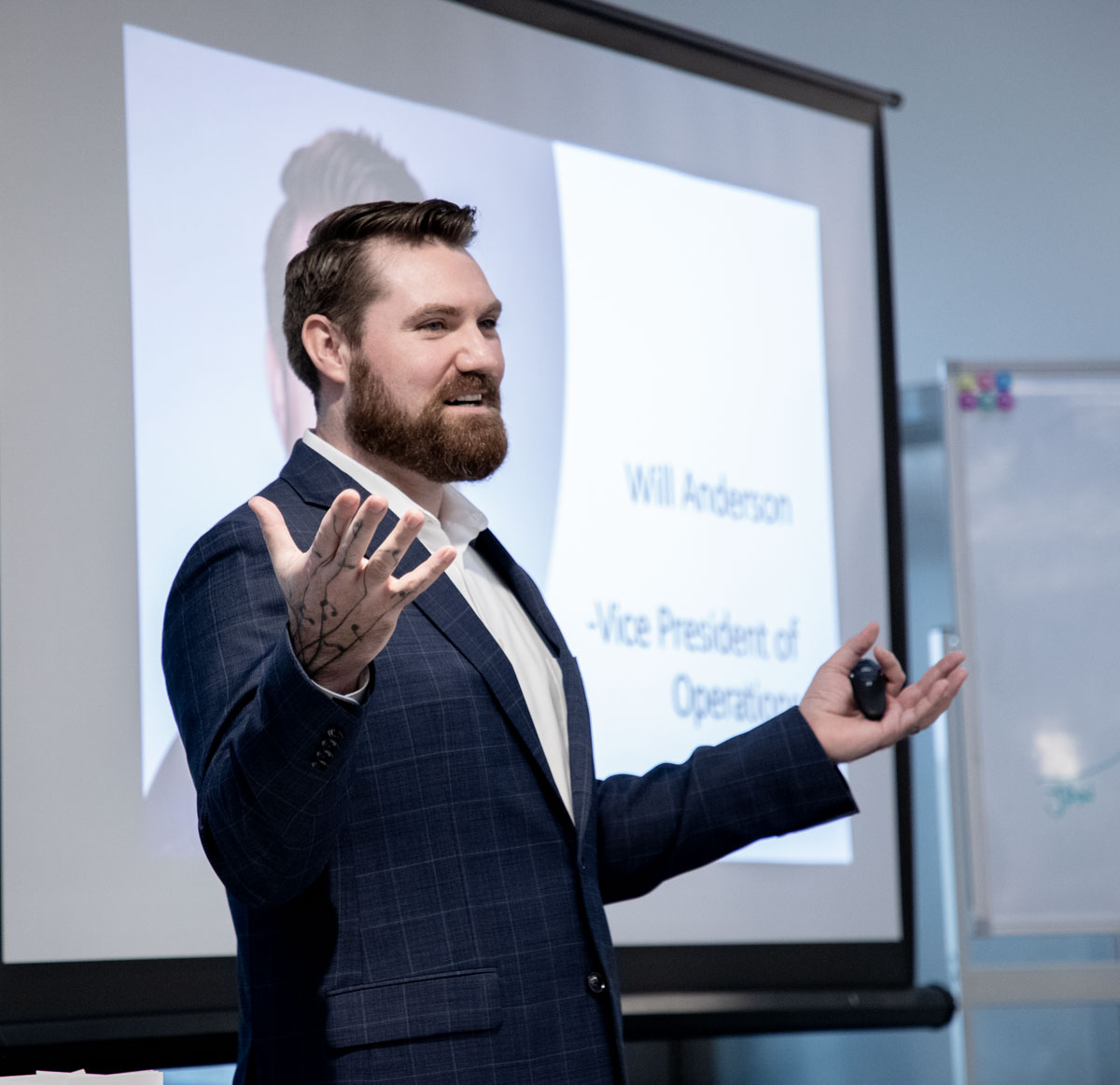 Amherst Madison has a coaching program that is designed to do just that. Will Anderson helped revise and streamline our Agent Development Program with his extensive background and knowledge as a certified Maxwell Leadership Coach and Speaker. Our coaches are hand picked on their experience, upbeat attitudes, and willingness to lead others in the right direction for lasting success. AM certified Coaches are trained by Amherst Madison leadership and evaluated on their specific knowledge as well as their organic personality. We believe it is imperative to properly pair our agents with coaches who hold a similar mindset in relation to their business goals.